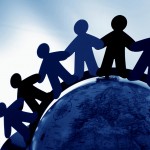 The collective capacity of a group of like-minded folks is amazing.  In past posts, we have spoken about the benefits of belonging to professional organizations, at both the national and local levels, and I would like to share how the Vermont School Library Association (VSLA) has been responding to a situation that emerged recently.  Members of the organization are working together to make a difference and bring about change in a positive manner.  In a way, these actions have been a wake up call for all of us to understand the need for ongoing advocacy for school library programs.

In October 2012, a committee was formed by the Vermont Commissioner of Education and the State Board of Education to revise the School Quality Standards to update changes in educational policy that reflect current goals and practice-now called Education Quality Standards.   The members of the committee worked diligently for months to describe an educational system that meets the needs of today’s learners in Vermont.  School leadership, professional learning, curriculum and instruction, collaboration, and personalization of learning are detailed in the document, but with no one at the table to explain the school library program and its impact on all of these  topics, language about school libraries and the role of school librarians was eliminated from the document.

Enter VSLA.  While the process was unfolding, a group of members worked together on suggested language that could be included in the document, and submitted it to the committee.  When the final document was approved by the committee, there was still no direct mention of school library programs or staffing.  The next step is for the State Board of Education to review and prepare the document for legislative action. Meanwhile, the executive board of VSLA appointed a group (of volunteers) to advocate for our proposed language.  In a meeting with the Secretary of Education, we have been assured that there was no intent to leave out school libraries, and that appropriate language would be included in the next phase. We are continuing to use this opportunity to raise awareness about how school library programs contribute to transforming learning in schools.

As a group of volunteers who have busy work and family lives, we have added another role-full time advocates for what are passionate about. The trick is to remain positive, upbeat, and to collaborate with our stakeholders.  We want our students, parents, colleagues, and administrators to think about aspects of the school library program that improve their lives.  We are encouraging them to share their thoughts with the State Board of Education through comments at public hearings, email, and letters during the month of October.  This is all happening on the fly as we develop a strategy for advocacy as a group. What we realize now is that this is a continuous process, not just for VSLA, but for each and every teacher librarian in every school, every day.

What we have learned is that collaboration for advocacy is more important than ever.  In Empowering Learners (AASL, 2009), the various roles of the school librarian have been updated to reflect the changing landscape of education in today’s world.  Leadership is a mantle that we may not willingly take on as teacher librarians, but one which we all need to embrace, and when we work towards common goals, and speak with a unified voice, change can happen.

Next week: Resources for Advocacy-Collaborating to Build the Plan